Next up:"Returning to Europe 4 years ago, I could not comprehend how far behind some countries are in hiring women into challenging roles."

Next up:"Returning to Europe 4 years ago, I could not comprehend how far behind some countries are in hiring women into challenging roles."
12 mins

“I must say that I am very inspired by female entrepreneurs who have not feared starting an entrepreneurial project even though they are mothers.”

Alienor Leduc works as M&A Tech Director in finance. She has over 5 years of experience in this industry, which is known for being very competitive, stressful and demanding. As statistics show, little women work in finance. In this first conversation with young leaders, Alienor shares her experience of working in this male dominated environment and how she managed her transition towards being a working mum in finance.

Do you work in a mixed environment (or more male / female world)?

I work in a team of 10 people, with only two women. This is very current practice in the finance industry. Ever since I started working in banks, it has always been in a male dominated environment with only 10-20% women.

As a woman, I have had a good experience working in my company. I got promoted twice, each time before I left for maternity leave. My salary was in line with my male colleagues. I must say that I first had to prove my value because I was first hired with a very low salary compared to the other employees and with no relation to my value market. But then I have enjoyed a great and rapid advancement.

We all agree that men and women don’t have the same constraints (pregnancy, maternity leave, childcare). At some point, women are penalized in their career advancement. Because they cannot work extended hours as when they were childfree, women must show extra motivation and implication when at the office. This is a pressure I have felt in my work since I have become a mother.

Do you feel you are totally equal to men in your job?

With regards to my salary and responsibilities in my current company, I would say I am totally equal to men. But I have had some bad experiences with clients who preferred dealing with men. One of my previous clients – I think for religious reasons – disregarded me during the 6 first months of our collaboration!

I had a very bad experience when I was working in the finance industry in the UK where women don’t have the same protection as in France. My job was made redundant a few days only after I notified my boss that I was pregnant.

Do you struggle to manage motherhood and pursue a career?

My boss has accepted my work-life balance. Whereas some people from the team made some comments about my work hours at the office. It’s an everyday challenge to be a working mum: several times, I have had the impression that I was not a good enough employee, nor a good enough mother. I feel aligned with this famous quote: “We expect women to work like they don’t have children and raise children as if they don’t work”

Nonetheless, I overall feel that I have not been discriminated against for being a woman and a mother. I got a good salary in line with the company policy and managed my working hours, but I felt a constant pressure about it.

Overall, I have never felt discriminated against for being a woman in French society. However, with regards to pregnancy, maternity leave and childcare, I feel the burden remains mainly on women’s shoulders. If we look at the Danmark society, people can go for 1 year of parental leave that can be split half/half between the man and the woman. The paradigm shift lies in the equal responsibilities that men should share with women, i.e. parental leave to look after the kids.

Who is your female role model?

I don’t have a specific female role model but I must say that I am very inspired by female entrepreneurs who have not feared starting an entrepreneurial project even though they are mothers. I say that because starting a company is a big challenge, you work many hours with no guarantee of success and nor income in the beginning. Whereas as a mother I confess that my main concern is to provide financial and emotional stability to my family. It would not be easy for me to quit an established position to start a new project from the start.

I see that many countries are still living under traditional cultures where women do not have the same rights as the ones we enjoy in Western countries. As women, we should be grateful for what we enjoy and not take these rights for granted. We should behave as women to inspire women living in developing countries to enjoy more freedom, financial independence and self-confidence.

What do you think of SHESKILLZGLOBAL’s vision that is “to build a world where talent has no gender”? Is it a reasonable goal?

I think people should always be assessed for their skills and talents without gender consideration. However, recognising the fact that women and men are different, yet complementary, is key to building a stable and prosperous society. Men should share the same responsibilities as women regarding parenthood and household. This is the key for a more gender society.

I have lived in China for several years. The culture inspires me. I think that as a society goal, we should seek for the Ying and the Yang: the world in the past has been ruled by force, and men have dominated over women because they are more aggressive both of body and mind. But the balance is already shifting—force is losing its weight and mental alertness, intuition, and the spiritual qualities of love and service, in which women are strong, are gaining ascendancy. Hence the new age will be an age, less masculine, and more permeated with the feminine ideals. 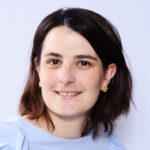